The case study site located in Eidsvoll, Viken county (Norway), consists of a steep unsaturated slope within a cultural heritage area, where an old church from the 12th century and its graveyard are located. The slope is adjacent to the railway track, and consists of a layer of sand/silt on a deep firm marine clay layer, with a smaller transition layer (clayey silt material) in between. The slope hight varies between 25 and 30 meters with an inclination of around 45o. The area is exposed to frequent and long-term rainfall events, especially in the fall period. In autumn 2000, many landslides were triggered in that area, but luckily no deformations were registered to the slope. It is expected that with climate change landslide will pose a significant threat to the railway line located at the toe of the slope in future.

Due to its location in the cultural heritage area, the realization of traditional physical mitigation measures is impossible, thus the hydrological conditions of the slope have been continuously monitored since 2016 within the Klima2050 project, and the existing vegetation covering the slope has been maintained in order to improve the stability of the slope through roots and evapotranspiration.  Eidsvoll has been selected as an additional NordicLink case site to generate synergies with the ongoing work within the Klima2050 project. 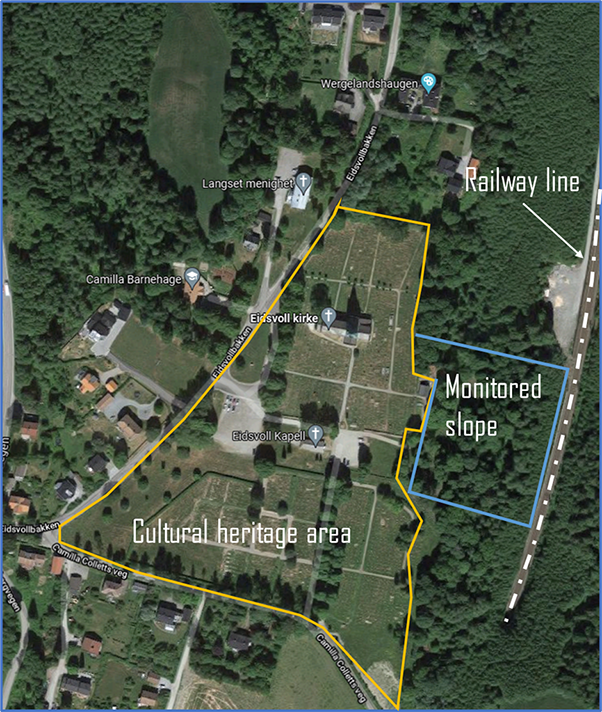